The Lumen Prize is a new global competition and travelling exhibition that celebrates the very best fine art created digitally, the world’s first no less.
Lumen CEO, Carla Rapoport, a director of Treberfydd Foundation (the social enterprise that is launching the awards) has this to say;

“The word ‘lumen’ means a measure of light in almost every language in the world. Artists have been seeking to harness the power of light in their work for centuries. Today, it is available to those who can download an app for their smartphone, iPad or tablet devices…or, as David Hockney RA put it in an interview in 2010: “Dawn is about luminosity and so is the iPhone.”

Graphic designers and video producers have had access to the digital mainline for a good couple of decades, but it’s only relatively recently, with the advent of cheaper technologies and mass market appeal of the iPhone and iPad, that many traditional artists and illustrators can add tablets, touchscreens and terrabytes to their armoury.

You only have to browse the iTunes Store to fully appreciate what kind of ground-breaking tools are now available, to mash-up photography, video, sound and location data. Interactivity has become the standard; ‘Augmented Reality’ is already one step ahead of the 90’s concept of ‘Virtual Reality’ and you can create new worlds of information, light and sound literally at your fingertips.

So now there’s less need for intermediary ‘tools’ such as a paintbrush or even paint. Colours are now measured in the millions. The human body is the tool. Direct impulse from the mind to the screen creates data that can be left as it is, predefined by self governed rules, left to random generation or posthumously amended to create untold new creations. All the while this can done non destructively, leaving layers of original processes intact and ready for archival or future re-interpretations.

If you do want to keep the paintbrush as a tool, well Photoshop and Corel will let you design your own or choose form the thousands of settings already available. Then you have the unlimited photographic effects that can be applied to each stroke….. almost infinite possibilities. The next 10 years won’t stand still though, with new technologies promising to merge thought and experience ever closer every month.

Take for example the ability to choose the focal point from hundreds of layers within an individual camera RAW file; you have an image file which has yet to be defined by the user. Or how about entering into an image and interacting with it, moving around it’s hidden 3D space. Take your smart phone into the street and view a static image to witness it come alive on your screen with full video and sound. Watch as a seemingly traditional painting comes alive, each brushstroke subtly floating as if suspended in water.

These are just some of the visions that are already here and ready to experience on the Lumen Online Gallery.

You can register to vote for your favourite top 5; My own entries are ‘Roseblood’ and also ‘Maps of the Future Mind’ found on the time-based gallery section. 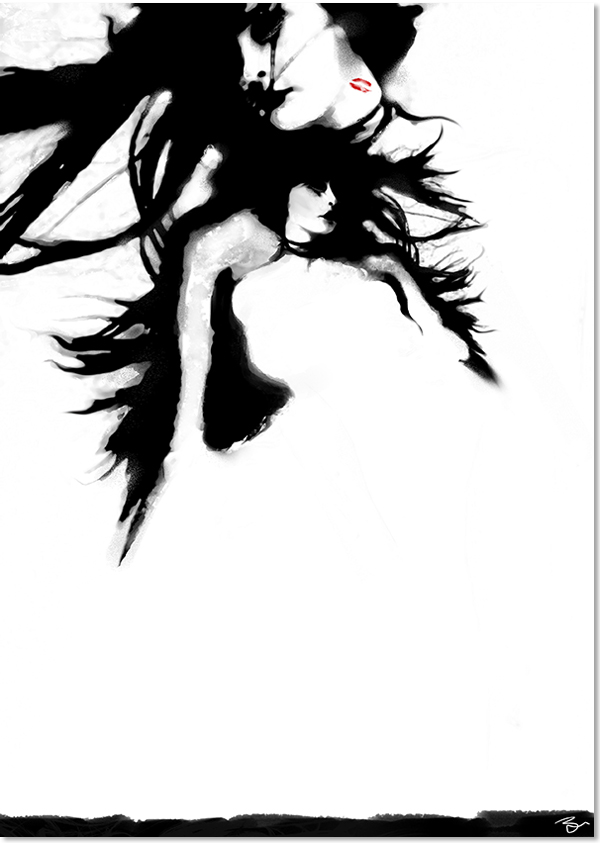 Maps of the Future Mind from Benjamin Brewis on Vimeo.