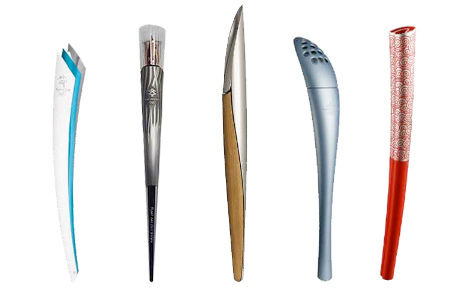 So the process has begun. Away from all the behind-the-scenes preparations and frantic building of stadia, the scene is set for the public to get involved in the UK’s first Olympics for many years. The traditional countdown begins with the Olympic Torch being lit by the suns rays in Olympia, Greece before embarking on a journey around the world (these days it’s less) passing the fire between torch bearers and finally into the cauldron of the Olympic stadium, months later.

This torch then is the first focus, the first illumination of the games that will get worldwide coverage. Designers proudly compete to get the once in a lifetime gig of creating this emblem, this year it’s in the capable hands of duo Edward Barber and Jay Osgerby of Barber Osgerby; a furniture design firm based in Shoreditch, London. 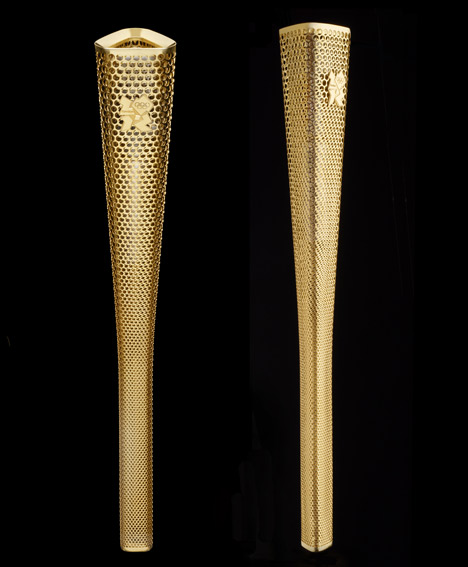 Known for their Tip Ton Vitra tipping chairs and Tab Flos lamps, the guys unwrap the latest torch to join the sequence created for each Olympiad since 1936, they say they “both” designed it – a believable statement from a pair that finish each other’s sentences in the mould of a classic working partnership. “We felt it should be something that’s really beautiful and simple,” says Jay Osgerby of their design. “But it had to feel like a functional object, a piece of sporting equipment like a baton.” There will be 8,000 of these torches made for each of the bearers who pass the flame across to the next runner, so the cost had to be representative of quality but not too fancy- the design has to be functional and so lightweight enough to carry over distance.
This led to their design including perforated holes to keep weight down but keeping structural integrity intact. The flame will be fuelled by a propane-butane gas canister dropped into the centre, the flames licking through the holes as it becomes part of the torch itself. 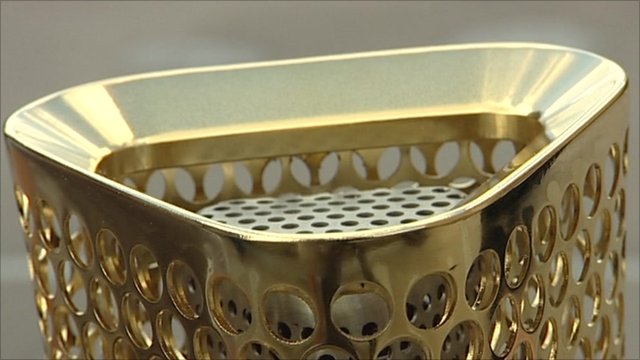 In an event so richly laden in symbolism and interconnectedness, the 8,000 laser-cut holes represent each runner and each mile that the flame will travel. The torch itself has an inner and outer ‘wrap’ of aluminium which is then plated with gold or titanium nitride to lend the appearance of gold, again symbolic of the Sun from where the fire came, and of course the winner’s medals.

There has been the usual press talking the torch down as an expensive cheesegrater or a massive gold spliff…. but why shoot design down? I suggest they go away and design something better themselves, these guys who spent years creating the form and function ‘know’ design. The tabloid and even broadsheet hacks seem to be belittling the Games to fill column inches and lower themselves yet again at the detriment to design.

But on to the Games themselves, there’s going to be huge events to report from in the coming year; everything from to sporting competitions, interactive exhibitions to music gigs and Olympic parties. Firesnake will bring it all to you over 2011 and into summer 2012.
Bring it London! 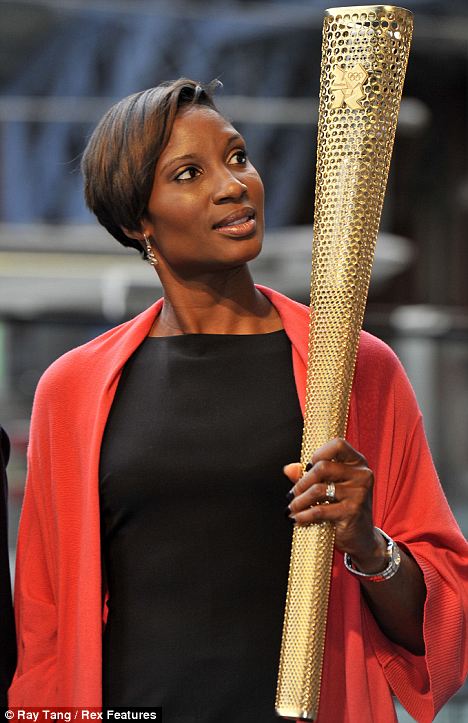